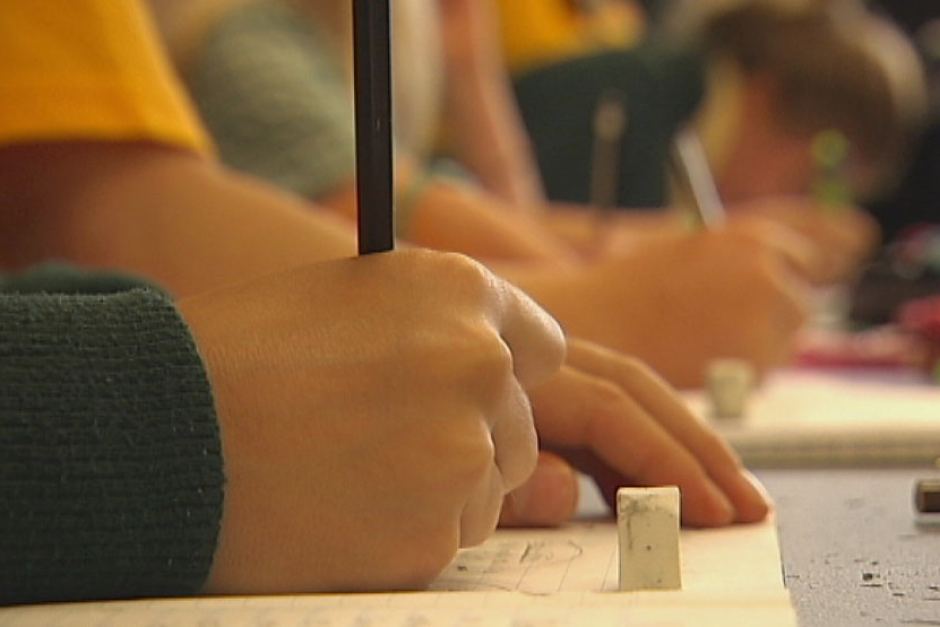 Patricia Karvelos: “I'm sure, wherever you are around the country, your child or children in your life, have probably had to deal with a really disrupted school year of some sort. So how are they keeping up or even getting back up to speed, whatever that is, and are they in some cases disengaged? Students have been dealt a dreadful hand over the last six months with the school year thrown into chaos around the country. And nowhere has probably been more disrupted than in Victoria where most students this week finally returned to classroom learning in Melbourne, recognizing the challenge many kids might face the state government today announced a 200 and $50 million plan to recruit and to deploy thousands of tutors across the stage.

“We know that the vast majority of our kids spent term two and term three studying remotely. And we know that whilst many thrived in that environment. Many students struggle particularly disadvantaged students, and my message to parents and carers. If your child has fallen behind. We will bring them back up to speed. I'm sure, wherever you are around the country, your child or children in your life have probably had to deal with a really disrupted school year of some sort.”

Patricia Karvelos: ”So how are they keeping up or even getting back up to speed, whatever that is, and are they in some cases disengaged?”

Patricia Karvelos: “I'm joined by Jenny Pownall who's a Board member of the Australian Tutoring Association. She also runs The Tutoring Company in Melbourne. Welcome to the program.”

Patricia Karvelos: “What do you what do you think of the government's plan?”

Jenny Pownall: “It’s a relief! Actually, the ATA has been lobbying the government all year actually for a program like this, so it was some wonderful news to hear that today.”

Patricia Karvelos: “You're a tutor, how have the students you're working with cope during the pandemic?”

Jenny Pownall: “It varies quite a bit. Some children, as I think as we all know, have flourished in this environment. They've really loved the independent learning, whereas others, and probably the majority, tend to not thrive in this environment and have really struggled. They've really missed that contact with their teacher, which is why I suppose a lot of children have turned to tutoring to try and supplement what they're missing out at school.”

Patricia Karvelos: “Yeah, of course. Students around the country have had a really tough year. Have you seen more families turn to tutors elsewhere also outside of Victoria?”

Jenny Pownall: “Yes. So, predominantly Victoria obviously has had a big influx of children in tutoring, but I've also noticed it within my own business. Australia wide, here has also been an increase and I think some of that's also been due to parents’ hesitation to send some children with underlying health issues back to school. So, I think things like home-schooling might have seen an increase as well.”

Jenny Pownall: “Yes, but small group tutoring would be anything up to about five children. And, if you limit the number of children to that smaller group, then you can get as close to possible as to individualized instruction as you can. Schools also try and do this where possible, but that's the main emphasis of tutoring is to either have a one on one focus or small group tutoring, and it means that the tutor is able, within the hour, to provide quite individualized attention and focus on each particular student's individual needs.”

Patricia Karvelos: “Do you foresee any challenges with students who spent the last few months learning online from behind the screen, who are now transitioning back to real life learning?

Jenny Pownall: “Yes, there will probably be some children who will be disadvantaged by that. For example, English essays in schools need to be handwritten. You can't use technology for that because of the corrective technology with grammar etc. So, for some children, if they're going back to doing a lot more pen and paperwork, they might not necessarily be very happy about that as we all know kids love being in front of the computer screen. So, it's going to be an interesting transition for a lot of children and look, for some children, it's going to be the exact opposite. They're going to be relieved to get off the laptop and onto the pen and paper and actually sit in a classroom and working physically in a classroom.”

Patricia Karvelos: “The government are hoping in Victoria to recruit thousands of tutors by next year but, as you know, there are plenty of tutors already working to support kids right now as you mentioned. Is this the sort of thing you think should happen nationally as well, to have a kind of program where kids are brought up to speed who've missed out in other places?”

Jenny Pownall: “Yes, an interesting question. Other countries, like England for example, do have a national program like that that runs in schools, and was running before COVID hit. The focus there is on students having individual attention not small group attention. So I think that perhaps next year when the government sees the results of this small group tutoring, then perhaps they look at whether there's implications for running a program like that nationally, and perhaps extending it beyond COVID.”

Patricia Karvelos: “The Education Minister appealed to older teachers to come out of retirement and if they could, will they take up that offer, do you think?

Jenny Pownall: “I think some will, as long as it's restricted to either individual or small group tutoring. There are many reasons of course why teachers will retire. So, it will be it will be interesting to see. There are a lot of retired teachers who love to tutor, so I would imagine that a lot of them will see this program in exactly the same vein as tutoring and I'm sure that there will be appeal to a lot of those retired teachers.”

Patricia Karvelos: “Jenny thanks for coming on the show. Jenny is a board member of the Australian Tutoring Association. She also runs her own company in Melbourne, The Tutoring Company.”